2.789 billion people use different social media platforms, but which one of the big five is the best one for sharing art? Let’s have a look at Tumblr. 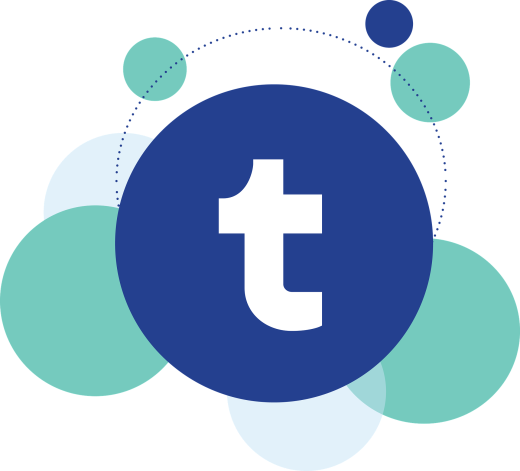 All social media platforms are in the for-profit category. Among the main players are Facebook, YouTube, Instagram, Tumblr, and Twitter. But do they differ in any way? From the point of view of a person who used all of the five, today I would like us to have a chat on Tumblr.

On Tumblr’s website, you can find the lofty citation of Reuters saying that:

“Tumblr continues to be the foremost place where creative individuals congregate to share their ideas and creations (…).”

But there is no acknowledgment that this quote is four years old. For me, Tumblr definitely used to be a thing. But can I say that Tumblr “used to be,” when, as of 2018, it has over 440.2 million blogs?

Tumblr was created and ran by a young entrepreneur and IT specialist David Karp back in 2007. Tumblr started to be a for-profit company in 2012 when it allowed paid advertisement on the website. Next, Tumblr was bought by Yahoo. There was a great fear among the users that it would tighten up the censorship rules, however, it largely didn’t change. In 2017 Verizon Communications acquired Tumblr.

How Tumblr functions doesn’t depend on the company itself who happened to own it at the moment. There is no reason really to say a lot more about Tumbler as a company. Some IT guys run it perhaps.

So what is Tumblr? As shown in this 8min long critical video made by JelloApocalypse, Tumblr can be defined like this:

After you typed in Tumblr in your Apple Store search bar, you will see its description as follows:

“Tumblr is a place to express yourself, discover yourself, and bond over the stuff you love. Whether itʼs fandoms or philosophy, fashion or felines, Tumblr is where your interests connect you with your people.”

Let’s first take a look at Tumblr from three technical points of view: the mechanics of sharing, the social media aspect, and censorship.

First, the mechanics of sharing. Tumblr allows us to create posts which contain a variety of media: links, quotes, videos, texts, sound/music recordings, and, of course, photos. The dashboard, or our main page, shows posts of the blogs we follow or tags we are looking for. Posts can be shared, or reblogged, by other users. Reblogged posts can be posted with or without a comment, with or without a direct contribution. If there is no direct contribution, we can track the reblogging thread, yet we have to chronologically go through a list of all the users who reblogged the post before we get to the author. 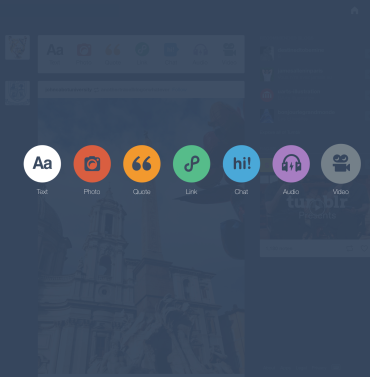 Second: the social media aspect. Tumblr allows users to submit questions to other users. Users can ask questions as themselves or anonymously. Users can also comment under posts and reblog them with their own caption. The community of Tumbler is a specific one, especially suitable for fandoms. Users are often tied to a specific community with a similar mindset, yet if their post gets reblogged, it can reach another community that would not be accessible otherwise.

As Jeremy Gordon argues in his post on why we should bring Tumblr back, the option of reblogging  is:

“(…) a much more achievable and worthwhile pursuit than trying to craft the argument that would appeal to everybody in the world all at once.”

However, he also argues that Tumblr’s search engine is a tricky one. It is not easy to find a kind of blog that we look for without a lot of clicking around and digging through blog posts. Still, after we find a community, we can count on attention and feedback.

Every one of these platforms is trying to respect copyrights. But, just as YouTube, Tumblr is rather more reactive than proactive. Whether content is taken down because of copyright law is largely determined by the artists and how mindful they are. That is why Tumblr is often full of content without any attribution. Besides, the reblogging system makes it uneasy to find the original author if the reblogging thread gets too long.

In the Community Guidelines, updated on 2018-08-27, Tumblr says that users are requested to flag potentially offensive content that can be sexually or violently explicit so that it becomes protected by the safe mode. By default, users under 18 and non-users have the safe mode on, and cannot see the sensitive content. However, this February Tumblr made an experiment of setting the safe mode as a default for all the users, yet only for a few weeks. Tumblr claimed that they just wanted to “remind” users about the safe mode option, but the company is reiterating that these new moves aren’t going to lead to any kind of censorship.

“22.37 percent of incoming referral traffic from external sites to Tumblr is from adult websites, making that the leading category for referrals.”

Nonetheless, Tumblr kindly emphasizes in the Community Guidelines that

Still, Tumblr is more liberal when it comes to sensitive content than Facebook. But what kind of art dominates Tumblr?

A very critical and fascinating overview was made by Miss-Zi-Zi, an artist, who shared her thoughts and findings in this video:

…if you found this video interesting, you can also check out this one.

The criticism and hypocrisy of the Tumblr communities seem to come back in any discussion about Tumblr. So how it really is to post and search for art on Tumblr? Below you can find the comments that I found pretty valuable for our case.

Instagram always feels to me like being a rush for likes. Besides, it is very specialized. Facebook is a digital shopping mall, where people are selling and advertising things all the time. Twitter is very limited when it comes to content sharing and was never appealing to me.

I used Tumblr for around six years. I was a rather passive user: I started by finding a fandom of Queen band, and I got immediately pulled into the universe of memes, jokes, stories, and fun facts only about Queen. Later, I started searching for photography and art blogs, many of which were really appealing and lovely. Although I stopped using Tumblr, I have never experienced any of the hate speech many users talk about. Yet I did not post anything, ever.

Would you join Tumblr to search for/post your art? Share your thoughts in the comments below.